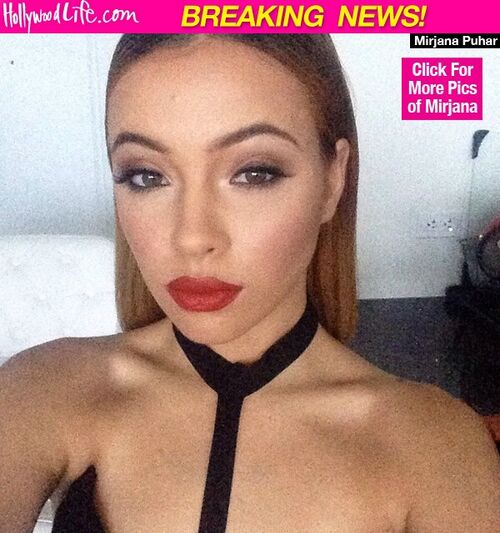 America's Next Top Model contestant Mirjana Puhar was killed Tuesday in a triple homicide at her boyfriend's home in Charlotte, North Carolina, E! News has confirmed.

Police have arrested and charged Emmanuel Jesus Rangel with the murders of 23-year-old Jonathan Cosme Alvarado (Puhar's boyfriend), Jusmar Isiah Gonzaga-Garcia, 21, and Puhar. According to police, Rangel was located Wednesday morning and transported to police headquarters. After he completed an interview with law enforcement, he was charged with three counts of first-degree murder.

He will remain in police custody.

Rangel has also been charged in connection with another murder that took place in Matthews, North Carolina, on Feb. 22, 2015.

Nineteen-year-old Puhar competed in the 21st cycle of the modeling show, which aired last year, and was eliminated during the tenth episode. Keith Carlos, the first-ever male winner on ANTM and winner of Puhar's season, tweeted, "I Love You @mirjanapuhar #RIP #ANTMCycle2" along with a photo. Contestant Chantelle Young, who now goes by the name Winnie Harlow, also shared her condolences on Twitter, writing, "Fly high queen @mirjanapuhar #RIP." Raelia Lewis tweeted, "I'm heart broken."

In a touching Facebook post, Cycle 21 runner-up Will Jardell wrote, "@mirjanapuhar you are an amazing human being and you will be extremely missed. All I can do is think about the hilarious memories we've had together and smile. You are one of the kindest most passionate people I know and I am at a loss knowing that you are gone. Reality TV may have painted you one way but make no mistake you are an incredible and loving person that the world will truly miss. You are a part of my family and always will be. I pray for your family and friends during this time and I pray that you can rest in peace knowing that your #antm family LOVES you forever and always. I love you @mirjanapuhar #antmfamily."

Cycle 20 contestant Mike Scocozza also tweeted about Puhar's death, writing, "My thoughts are with the family and friends of @mirjanapuhar. Such terrible news. RIP. #ANTM #antmfam."

Our thoughts and prayers go out to the victims' families.