America's Next Top Model
Register
Don't have an account?
Sign In
Advertisement
in: Cycle 4, Twice semi-finalist, 9th Place,
and 12 more

Tiffany Richardson was a contestant on cycle 4 of ANTM in 2005. She was eliminated in a double elimination along with Rebecca and tied for eighth place.

Arguably the most memorable moment in Top Model history, She is known for angering Tyra Banks so much in her elimination that Banks resorted to shouting at her.

Tiffany lived with her grandmother and had a son.

Tiffany originally auditioned for Cycle 3 but got into a bar fight with some other girls and as such didn't make it in the house. She infamously proclaimed "That stank ho poured the beer on my weave!".

She came back for the following cycle, having taking anger management classes. She touched Tyra's heart by revealing that her grandmother had had her lights turned off for several days in order to buy her a swimsuit for the audition. She made it into the house and was an early front-runner, getting first call-out in the first week. She got drunk at the first party the girls went to and tried to take Brandy under her wing, getting very emotional when she was eliminated.

However, Tiffany's motivation began sinking as she felt the challenges were humiliating. This defeatist attitude got her eliminated in a double elimination which was aimed to get the remaining model back to work after a bad week. When she tried to calm down the girls who were crying at her elimination and started joking, Tyra Banks yelled at her.

After the show, Tiffany was featured in MAMi, MQtease, and Passion International Hair.[1]

Tiffany has gotten married with her longtime boyfriend, and now has a daugher. She also mentors troubled teenagers.

Her elimination with Tyra's screaming was ranked the top spot on MsMojo's YouTube video "Top 10 Outrageous America's Next Top Model Moments".[2] Her cycle 3 bar fight was the top spot on "Top 10 Craziest Fights".[3] 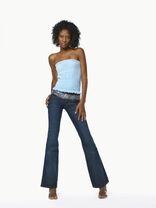 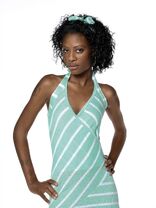 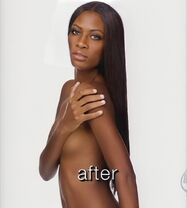 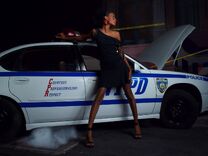 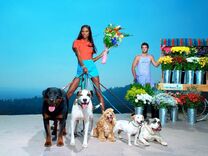 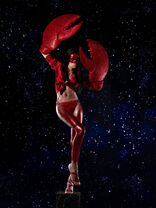 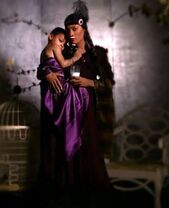 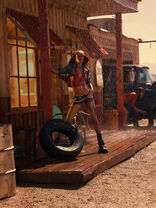 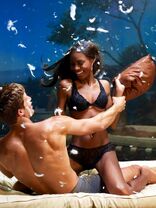