America's Next Top Model
Register
Don't have an account?
Sign In
Advertisement
in: Cycle 5, 6th place, Challenge Winner,
and 16 more

Lisa Marie D'Amato-Friedman (born October 22, 1980) was a contestant on cycle 5 of ANTM in 2005. She was the eighth girl eliminated and placed sixth. She returned for All Stars in 2011, where she was declared the winner.

Lisa is the daughter of the heiress to Skelly Oil and younger sister to Cathy Robertson and Carol Connors. She started modeling when she was twelve years old. When Lisa joined ANTM, she worked as a wardrobe stylist.

On the show, Lisa was portrayed as the girl with the most outrageous personality. Lisa was shown by cameras to be a heavy drinker, and performed several odd things, including talking to a shrub she named "Cousin It" and urinating in an adult diaper in front of the other contestants. She was considered the front-runner of the cycle until her shock elimination in episode ten. The judges perceived her spitfire confidence as arrogance, although her pictures and personality had always been considered some of the strongest of the contestants.

Lisa has shown discontent with her elimination and the show in general, having written so in a blog:

"I didn't want anyone to win! I wanted them to run after me and say they made a mistake. Truly, I knew I was the best one all around. And the one photo shoot that I got eliminated on proved to me in my heart that it was rigged, and just bull-shit and I'll tell you why.... For the photo shoot, it was the phone booth. I was the last girl to shoot, when I was done J Manuel lined all the girls up and said Lisa did the best, she was so playful. (He then) told the girls that we were the final 6 and they needed to pick up the pace like Lisa's doing. Then proceeds to show them the poses I was doing with the facial expressions(mine you they couldn't see because they were behind me) and then said "YOU ALL GET MORE FRAMES EXCEPT FOR YOU LISA!!! and that was the one I was eliminated on.......? And with the paparazzi photo.... the one they showed while actually taping in London was good. The one they showed on TV-BAD! They switched it out so it would make more sense to viewers. But, actually I took a good picture. So, the girls got to shoot again where as I didn't. Unfair. So, you see I don't know what to think about the whole thing. Also, if I was eliminated because of my big personality, why did they tell me everytime I asked we are only judged on our pictures and the challenges- not our character!!! Thats what they told me over and over and over and over!!!!! What would you think about this If it were you in my shoes? I mmeeeaaannn..... right!"

Out of rehab, engaged to her long time boyfriend, and ready to start fresh, Lisa entered the Top Model house for a second time with a positive attitude and her zany, unforgettable personality. Lisa was accepted by the crowd with a positive reaction, and the judges were pleased to see that she was still as much of a character and a star as ever. In the second episode, Lisa was given her branding word, daring, and was encouraged to embrace this side. Her Pink's hot dog photograph won the judges over, because of it fitting the brand and its sheer strength, earning her a first call-out. Additionally, the judges began to question her versatility as Lisa continued to pose with her legs off the ground in the next few photo shoots, and as a result landed in the bottom two twice; once with Camille and the second time with Angelea (the latter was a non-elimination bottom two). However, Lisa turned the tables by getting second best photo the next week, a first call-out the following week, and yet another second call-out for her music video the week after that. The judges noted her star quality, and her phenomenal performance in the motion editorial earned her the first call-out in the final four. Ultimately, Lisa's presence, strong runway walk, star quality, personality, great photos, and amazing Covergirl performance clinched the deal and she was crowned the winner, beating Allison and Angelea (the latter of whom was not present due to disqualification).

Lisa made an appearance on episode six of British Invasion, telling the girls they were making songs and music videos. Lisa wrote all the lyrics for both groups songs.

After the show, Lisa signed with L.A models and L.A Talent, and has starred in campaigns for Black Chandelier, designed by Jared Gold, DaftBird, Ford Fusion, Clementyne and Lip Service. She was featured in ELLEgirl Magazine, Lemonade magazine, Lilian Kha, and Permission Magazine, appearing on its cover in October 2006. Her runway shows include Elate "Celebrity" Fashion Show 2006, Alice & Olivia Fall 2006 and Jared Gold's Black Chandelier Runway Show. D'Amato has appeared in two Old Navy commercials and on Ripe TV.

Lisa appeared on season three of "Celebrity Rehab With Dr. Drew", and season five of "Marriage Boot Camp: Reality Stars". She shot a reality show pilot called "My Name Is Lisa" in 2012, but it did not get picked up.[1] In April 2018, Lisa patented a toddler's food storage bib called "Dare U Go!". She pitched the product on "Shark Tank" in 2019.[2][3]

In January 2013, she was in a freak accident while on set of an indie movie "Cowboys and Indians", landing on her face while doing a handstand. She had to have facial reconstruction surgery.[7]

Lisa married entrepreneur Adam Friedman on September 30, 2012 in Hollywood Hills. On May 29, 2013, she announced that she was expecting a boy.[8] She also mentioned that she had been pregnant for five months. Their son Daxel Vaughn was born on September 28, 2013.[9] On September 22, 2016, they welcomed their second son, Venice Sire. She live streamed the birth on Facebook.[10][11]

Lisa won an award from The Reality Remix Really Awards for "Favorite Altered State". She was ranked number five on MsMojo's video "Top 10 Hated America's Next Top Model Contestants". She is also the thumbnail.[13] 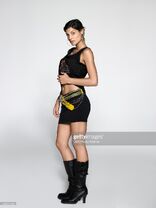 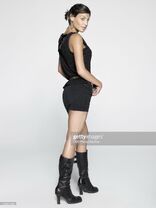 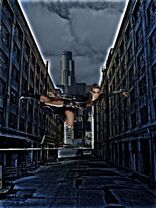 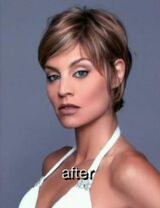 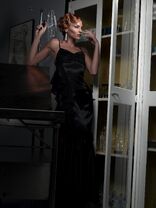 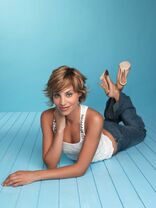 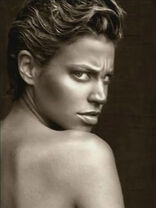 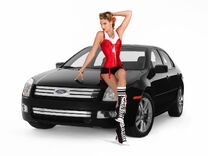 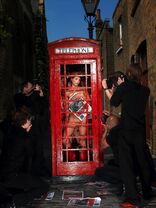