Jade Chantel Cole (born June 19, 1985) is a fashion model. She was a contestant on cycle 6 of ANTM in 2006. She was third place. Jade is widely regarded as the most iconic contestant in the history of the show.

Jade was born in Pittsburgh, Pennsylvania.[1] Her father is African-American, and her mother is Dutch. (Jade infamously referred to her mom instead as "This really exotic white woman".)

Before the show, Jade worked as a Kindergarten teacher in Philadelphia.[3]

Jade was known for being the main villain of cycle 6. She constantly named herself the "Undiscovered Supermodel".

In episode two, she starts a rivalry with Gina, because she was put off by Gina's insecurities being Asian.

Episode three, she has a meltdown at makeovers because she wanted long hair, instead she gets short blonde hair. At the house, she starts a fight with Wendy over the phone, and utters the phrase "This is not America's Next Top Best Friend!" At judging, she blames her bad ice princess photo on the eye-makeup, to which the judges ridiculed her for making excuses. She was put in the bottom two, but saved over Wendy.

Episode four, the challenge is to walk a runway while holding a live roach. Jade tried to intimidate Gina by playing with the roach near her. She then won the challenge because she kissed the roach. She also received the first call-out that week for her strong fairytale photo.

Episode six, she performed the worst at the improv challenge, not knowing how to form a question in a questions only skit, and being too harsh at the rap segment, such as saying Furonda's skin is "lumpy". Later, at the Covergirl commercial, Mr. Jay thought her first take was too draggy. In her second take, she flubbed the lines. At panel, the second take was used, and Jade stated that was her worst one. She was put in the bottom two again for acting like a know-it-all, but Mollie Sue was eliminated.

Episode eight, she handled criticism the best in a fake casting challenge and won. Later at judging, Jade did a fake cry in front of the panel because she tried to act vulnerable. She was reprimanded for this, and put in the bottom two, but Brooke was eliminated.

Episode eleven, Joanie accused Jade of being defensive and they got into an argument. The photoshoot that week was posing on top of an elephant, and Jade states that elephants are in the dinosaur family. Later at panel, she walked off mid-critique, angering the judges. She was put in the bottom two for the fourth time, but Furonda was eliminated.

Episode twelve was the go-see challenge. Jade was purposefully late because she thought that seeing all the designers was more important than making it on time. She was over an hour and ten minutes late.

In the finale, Jade struggled with the Covergirl commercial the most. She was in the bottom two again with Danielle, and was eliminated. In her elimination speech, she wrote a poem:

"Leftover lady, let alone the strongest to be subdued

Even though I have been badly bruised living in a house to become a popular muse."

She was snapping her fingers when walking out of the house, and this was used to fade her away in the group photo.

Jade was asked to participate in All-Stars, but declined due to contract issues.[4][5]

Jade started reviewing the episodes of All-Stars on her personal YouTube channel. She uploaded the episode one recap on October 3, 2011, and it has more than 98,000 views.[6] She announced she will end the recaps on episode five, on October 25.[7]

Jade is the founder of Biracial Butterfly Productions, an agency that represents models with biracial ethnicity. She has partnered with Casa de Amparo, an organization that aims to treat and prevent child abuse and neglect.[12]

E! News named Jade as one of "the two biggest bitches in the history of the show".[13]Entertainment Weekly named her in their lists of 15 favorite contestants and 15 worst makeovers. In 2018, Marie Claire named Cole as the sixth best contestant of all time.[14]Popculture named her one of the Hottest reality TV villains in 2019.[15]

Her "Next Top Best Friend" quote is referenced by Lashauwn Beyond on RuPaul's Drag Race season four. 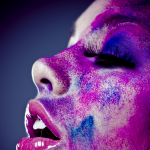 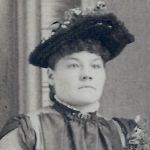