America's Next Top Model
Register
Don't have an account?
Sign In
Advertisement
in: Winner, Cycle 16, Female Contestants,
and 12 more

View source
watch 02:56
Doctor Strange in The Multiverse o Madness - The Loop
Do you like this video?
Play Sound

In episode four, the judges were disappointed by her performance which was a commercial for Fierce Roast Coffee. In episodes five and six, her photos again were praised the judges, earning her another second call-out on episode five and best photo on episode six as she standout of the brunette group.

In episode seven, she was placed on the bottom two together with Mikaela, due to an angry confrontation with Alexandria, in which she called her fake in front of the client and in front of panel. She also said that Nigel made the wrong choice in the challenge winner. Tyra was the only judge who wanted to eliminate Brittani, but was outvoted. In episode eight, she apologized to Tyra and she accepted it. In episodes ten and eleven, her photos once again were praised by the judges and received second call-out for the remainder of the show. In episode twelve, she was placed on the bottom two with Hannah, but was saved.

In the finale, on the final runway show, she accidentally slipped on the rose petals and crashed into a wall, but the judges praised her when she was still smiling on the finale without showing any pain. At panel, she and Molly received another makeover in which both their hair was cut significantly shorter. Her runway was praised but Tyra did not like it when she burst into laughter while posing with Molly. Her CoverGirl commercial and print ad were also praised. As the judges deliberated, the critique was in Brittani's favor. She was announced as the winner.

After the show, Brittani stated that she would be going to Paris in June to shoot her Vogue Italia spread, and planned to move to New York City with Molly and Hannah as roommates. After she moved, she was signed with IMG under the name "Autumn" and booked an advertorial for the United Colors of Benetton in Vogue Mexico.

She has stated on her Facebook page that she was no longer pursuing modeling and had informed IMG of her decision to quit modeling in order to go back to school in Pennsylvania. To verify her posts, she was removed from the IMG models website.

In January 2013, she returned to modeling and signed with mother agent and photographer Manny Roman. Since then, she has signed with multiple agencies and has walked for Balenciaga and Prabal Gurung at NYFW. She also appeared twice in Interview magazine and booked work for Acne Studios, Sportmax Code, and Bimba y Lola.

She announced a second retirement from modeling on her Instagram in 2017.[1] That same year, she gave birth to her son Rowan Hayes Fetter.[2] 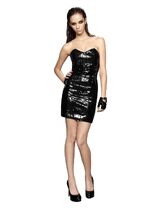 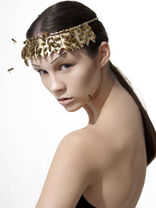 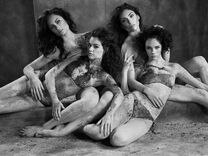