America's Next Top Model
Register
Don't have an account?
Sign In
Advertisement
in: Cycle 5, 3rd place, CoverGirl of the Week,
and 17 more

Scullark was born in Harlem, New York. She began swimming competitively when she nine years old, winning many medals. Bre attended catholic school throughout elementary and middle school. Her first fashion show was The Juneteenth fashion show in NYC. Entering Sullivan College Upstate NY, where she studied international sales, another outlet for her to pursue her dream and travel the world, Bre began an internship at Vincent Nessi's Showroom.

Scullark was the fifth contestant chosen to be part of the final fourteen girls. Throughout her stay, the judges loved her "ghetto" personality, and Miss Jay referred to her as one of the best walkers ever on the show. She gathered two challenge wins, two Covergirl of the Week titles and one first call-out. She also placed in the bottom two for five episodes.

She was best known for accusing Nicole of stealing her granola bars, and retaliated by pouring her Red Bull in the sink. Kim saw this and told Nicole, and the two got into an argument. She also confronted Kim at the judging holding room, and said she would not win because she has an ugly personality.

Bre finished third, as despite her strong improvement, she was seen as weaker than Nik and Nicole. She infamously took off her heels when she was eliminated. This was replicated by Victoria in cycle 9.

She made a guest appearance on a runway challenge of cycle 7. She posed with Jaslene for the "memorable Top Model moments" photoshoot in cycle 8, referencing the granola bar fight. She was also a guest on the E! True Hollywood Story and America's Next Top Model: Exposed. She was a "Top Model In Action" bumper for cycle 12.[1]

Bre returned for All Stars, and made Bianca mad because they lived in the same apartment and Bre didn't tell her she got cast too. Next episode, Bre had a haircut makeovers, which led to a meltdown. She told a producer she was at rage and planning to quit, but was talked out of it.

She won the CSI acting challnge and the merry-go-round Kardashian runway challenge back to back. She was also on Bianca's side during her fights with Shannon and Lisa, acting as her bodyguard. She was sent home in episode six over Alexandria due to not living up to her reputation in cycle 5.

She has participated in many fashion shows including BET’s Rip the Runway, Valentino, Prada, Hot 97’s Fashion Show and Nicole Miller. She has hosted "Certified", a music show, and she was a corresponant for The Tyra Banks Show. She has been featured in commercials for AMBI, Old Navy, Target, Pantene Pro-V and Garnier Fructis Herbal Shine.[6] In acting, she had a role in CSI (as part of her challenge prize), Law and Order: SVU,[7] Tyler Perry's For Better or Worse, and Let the Church Say Amen, a 2013 film directed by Regina King. She was Ruben Studdard's love interest in his "Change Me" music video and was in "Lotus Flower Bomb" by Wale and Miguel.[8][9]

She was a spokesperson for Drop Dead Gorgeous, a non-profit organization which works against child sex-trafficking.

She now owns her own yoga studio called Urban Peace Squad, and has a son named Zahir Knight, born in January.[10] She was signed to Expecting Models during her pregnancy. 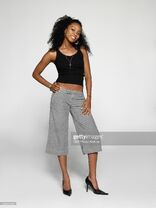 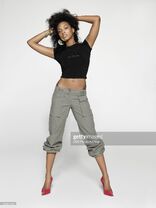 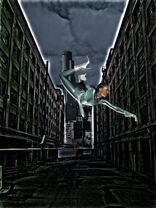 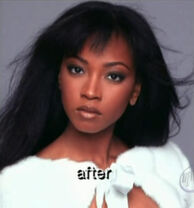 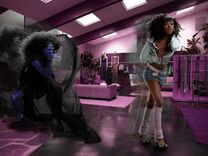 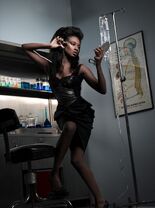 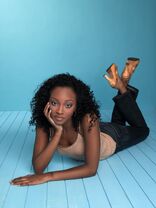 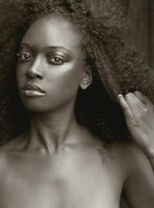 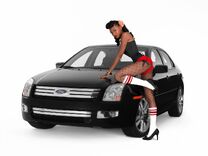 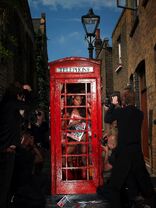 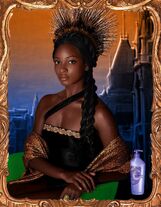 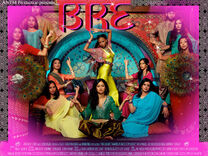 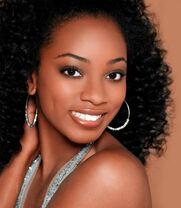